Prince Albert & District Chamber of Commerce is pleased to announce it will be soon be launching a major project, thanks to community collaboration and grant funding from the Federal Government.

The project consists of 2 parts, the first being a series of professional videos that showcase #LocallyOwnedYPA business owners who are locally owned with store fronts and are for-profit businesses.  This will complement the 2nd portion, which is a multi-vendor shopping portal where vendors from Prince Albert and Northern Saskatchewan can sell online to their local community.  The portal is called Prince Albert North Market, www.princealbertnorthmarket.ca  and will be live Summer of 2021. 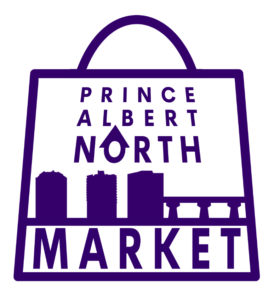 “This is something that has been on the Chamber radar for some time, but the grant allowed us to build it better than the Chamber imagined,” said Elise Hildebrandt, CEO of the Prince Albert & District Chamber of Commerce. “We are proud to collaborate with our local partners, Prince Albert Downtown Business Improvement District, City of Prince Albert, Prince Albert & District Community Futures and Community Network Coalition and Prince Albert Regional Economic Alliance.”
The Prince Albert & District Chamber was one of several selected to receive funding to assist small business in their recovery from COVID-19.  The final amount of funding allocated to each chamber was based primarily on the percentage of small businesses in its region.  It is part of a national investment of $33 million to support Shop Local campaigns across the country announced by the Honourable Mary Ng, Minister of Small Business, Export Promotion and International Trade, on June 21.

“We have been waiting since December when we initially submitted our application for the grant to see if we would be accepted with our idea.   We went through 5 grant rewrites, and it was finally confirmed in May that we were approved. There may have been a bit of happy dance that went on in the Chamber office when we confirmed we had been approved,” said Hildebrandt.

Businesses that wish to be included in the project can connect with the Chamber .